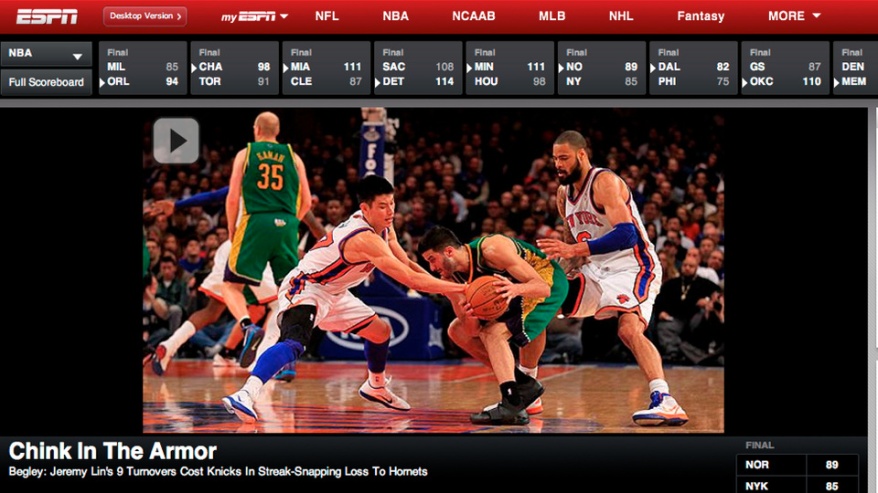 The man who wrote the “Chink in The Armor” headline, referring to Asian-American NBA star Jeremy Lin’s first loss, was fired shortly after the article was published. His name is Anthony Federico and he claims, seemingly sincerely, that he had no racially charged motivation when he wrote the headline. Federico’s apology letter is compelling and I recommend taking the time to read it, it appears below.

“I wrote the headline in reference to the tone of the column and not to Jeremy Lin’s race. It was a lapse in judgment and not a racist pun. It was an awful editorial omission and it cost me my job.

I owe an apology to Jeremy Lin and all people offended. I am truly sorry.

Actions speak louder than words. My words may have hurt people in that moment but my actions have always helped people. If those who vilify me would take a deeper look at my life they would see that I am the exact opposite of how some are portraying me.

It never has been or will be my intention to hurt anyone.

I wrote thousands and thousands and thousands of headlines in my five years at ESPN. There never was a problem with any of them and I was consistently praised as an employee – both personally and professionally. Two weeks prior to the incident I had my first column published on espnW.com. My career was taking off. Why would I throw that all away with a racist pun? This was an honest mistake.

It is also crucial that people know that the writer of the column had nothing to do with the headline. I wrote it and now I take responsibility for it.

I am actually a Knicks fan and an ardent supporter of Jeremy Lin. Not surprisingly, he has handled the entire situation with grace and class.

Now I have to find a new job and move on with my life.

My solace in this is that ‘all things work together for good for those who love the Lord.’ I praise God equally in the good times and the bad times.”