I have deemed today Yao Ming appreciation day, so accept it. He’s one of the most influential and revolutionary players to ever play the game. Don’t deny his greatness, or he will haunt your dreams. He was sneakily a huge badass. Here’s some of the best things he ever blessed us with.

This time he graces us with a “you try and f___ing stop me!”

3. Yao poses with a rhino 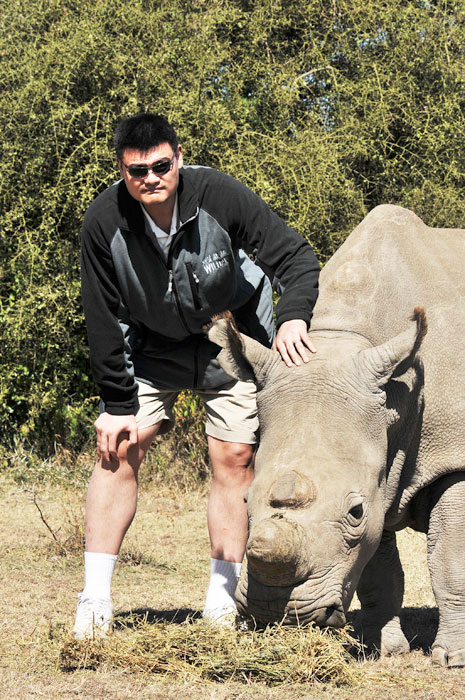 Give him a break, he’s not infallible.

5. Yao and T-Mac become one and the same

You can’t not like a video with Chuck, Yao, and T-Mac.

6. Yao cherrypicks, capitalizes on the worst layup ever

GOAT…go back to the And1 Tour, Rafer.

REAL RECOGNIZE REAL. It’s clear that Yao would’ve had the more legendary career were it not for that nagging foot injury.

10. Yao christens Javale Mcgee, social media would have exploded if it existed

That concludes the list, there were 11 to honor his legendary number. Have a wonderful day. #YaoForever