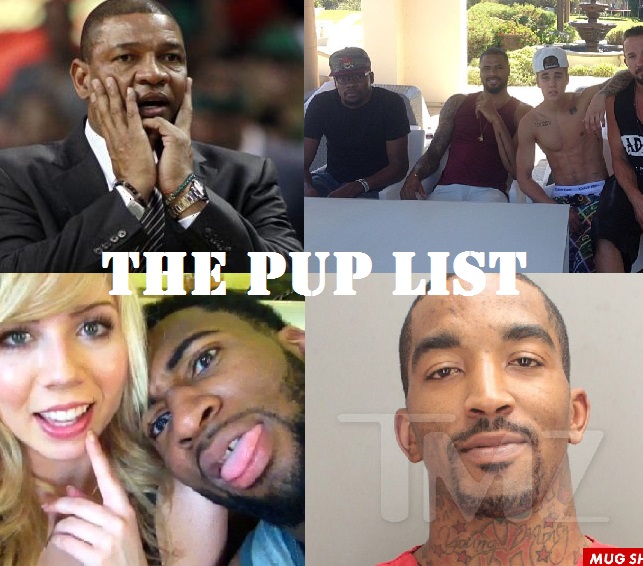 12-7! No, that’s not the score of a Pittsburgh Steelers loss, it’s the teams in this installment of the preview!

Deeeeeetroit Baaasektball is back. Kind of. They’ll be fun to watch again, does that count? Detroit won’t be reaching The Finals like they did with ‘Sheed and the gang, but they will make some noise in the playoffs. Motown acquired some heavy hitters in the off-season. That list includes Josh Smith, Brandon Jennings, and Chauncey B-B-B-B-Billups. They did lose Brandon Knight, Jason Maxiell, and Jose Calderon, but that’s spilled milk at this point. A starting five of Jennings, Billups, Smith, Greg Monroe, and Andre Drummond (Who dates the blonde girl from iCarly???) is lethal. And don’t be surprised if draft pick Kentavius Caldwell-Pope starts to vie for Billups spot at some point. Detroit also still has Kyle Singler off the bench and the drafted Peyton Siva, we can only hope that his dad tags along with him. A potential Pistons sighting in the second round is possible!

The Grizz grinded their way to the Western Conference Finals last year, albeit without having to guard Russell Westbrook, but still. Sadly though, those days are over. Lionel Hollins is gone and I still don’t know why. The Grizzlies’ window has closed. They will still be good, but the WCF are out of the picture. I loved this team and their “Grit ‘N Grind” motto last year. Tony Allen plays defense like he has a pistol to his cranium, Z-Bo and Marc Gasol form the best big man combo in the league, and Mike Conley is solid. However, they will be relying on Mike Miller, Jerryd Bayless, and Tayshaun Prince for a large part of their scoring, and that just doesn’t compute. This Drake song sums up Memphis title run: http://www.youtube.com/watch?v=2lTB1pIg1y0.

The Knicks will not contend for a title! Sorry, just had to get that off my chest right off the bat. I predict a very dramatic year in The Garden. Talks of Carmelo’s free agency, Chandler’s health, J.R.’s sanity, and Metta World Peace’s existence will prove to be too much. Look for this to be Mike Woodson and his goatee’s last year at the helm of NY’s ball club. They lost Kidd, Steve Novak, and Chris Copeland. They gained Andrea Bargnani, who I actually like, Metta, and Beno Udrih. Honestly, best case they’re the fifth best team in the East and Detroit could even prove to be better than them. The looming question is: will this be Melo’s last year in The Big Apple? And even though most feel like it isn’t, I foresee him going to the Lakers. They’ll be fun to watch as always, but just not once games that matter actually roll around.

They’re every eighth grader’s favorite team, and rightly so, they’re fun to watch. Last year Steph Curry and Klay Thompson became the Splash Brothers and won over the hearts of America. Jarrett Jack was their to actually play defense and fill in when Steph’s inevitable ankle injuries occurred. But, he’s gone now. Enter Andre Iguoddala. It was a big pick up for GSW, but his interference with Harrison Barnes’ playing time might prove to be enigmatic. They also lost Carl Landry, Brandon Rush, Richard Jefferson, and Andreis Biedrins. The only real losses there are Landry and Rush, though. On top of Iggy, they picked up Marreese Speights, who can have his heat check moments, Toney Douglas, and Jermaine O’Neal.  A starting five of Steph, Klay, Iggy, David Lee, and Andrew Bogut is ferocious. Add Barnes, Ezeli, Douglas, Draymond Green, and Speights off the bench and you have yourself a crew. I still don’t think they can beat the Spurs in a series though. Losing Jack was big and Barnes might not like being a sixth man. Second round playoff exit.

The Clippers are the best basketball team in Los Angeles! One could have successfully argued that over the last two seasons, but this year it’s just a fact. However, even though Vinny Del Negro is gone, and Doc Rivers is in, the Clips still have no shot at the title. They lost Eric Bledsoe, Caron Butler, Chauncey Billups, Grant Hill, Lamar Odom, and Ronny Turiaf. The only real loss there is Bledsoe. They re-signed Matt Barnes, acquired J.J. Redick, Jared Dudley, Darren Collison, Byron Mullens, and Antawn Jamison. Now, you might be asking, “But, Alex, where are the big men?” Ahh, a valid question by a valued reader. The answer is … nowhere. The Clippers big men are nowhere. DeAndre Jordan is not very good, and Blake Griffin is substantially better, but not good enough for it to make them a contender. Jordan will get in the SC Top 10, but he can’t guard anyone in the post or make a contested layup. And as good as Chris Paul is, he’s never advanced a team to the Conference Finals. Doc will make an attitude difference, but unless they make substantial moves by trading, the Clips won’t advance any further than the second round, again. Paul, Griffin, and Jordan just aren’t Pierce, Allen, and KG. Sorry Doc.

What a sad, sad story. The Thunder should still have James Harden and Jeff Green.  To be a title contender in the NBA, you have to be willing to pay the luxury tax, and OKC was not. As a result, they lost a top 10 players and a valued piece of what could’ve been one of the best NBA trios of all time. They no longer have Kevin Martin, who they got for Harden, and relying on Jeremy Lamb is just something you don’t want to do. I feel bad for Kevin Durant, because he is approaching LeBron-in-Cleveland status, just on a more subdued level. If Russell Westbrook comes back worse than he was, the Thunder might not even make the Western Conference Finals. Durant can carry a team, but not past the likes of a loaded Rockets or Spurs team. The only pieces they acquired this summer were Derek Fisher and Ryan Gomes. Is that even serious? Even Thabo Sefolosha is under-paid at $3.9 million, so he’ll be gone soon too. The Thunder are like that perfect couple that you never thought would break up, but now they’re tweeting out intimate pictures of one another. Unless KD averages 50 a game, which actually seems frighteningly possible, the Thunder are done. Pour some out.