Here I am, on the road again, on my way to West Virginia. But blogging doesn’t sleep and I have a duty to our loyal Puppies.

If you don’t know who Luke Kuechly is and you call yourself a sports fan, you’re either lying or you’re the biggest jackass ever.

What’s crazy about Luke is that he was, I believe, a safety as a senior. The true All-American guy that you undoubtedly want on your team, willing to do what’s asked of him. Need a guy to play safety? Done. Need a punter? Done. Need someone to stop North Korea? Done. He’s truly Superman. Pretty sure if he wasn’t in the NFL, he’d be a journalist with glasses hiding a red and blue suit under his work attire. 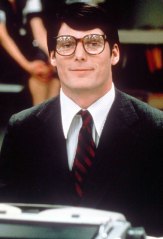 Luuuuukkkkeee is still in the early ages of his career, but you’re kidding yourself if you think he’s not on his way to being one of the best linebackers ever. Like anyone else, only injury stands in the way of that, and he’s really only suffered one injury so far and that was a concussion last year. He plays so technically sound that I don’t see him getting beat up too much. He’s so beautiful.

What’s crazy is I barely remember Luke playing in high school whenever we played them. That’s probably due to me being drunk at almost every game, but that’s neither here nor there.

As much as the Panther in me hates to say it, this Bomber is, !!TBT!!, the bomb.