First, let’s address the hot topic in the NFL. The TV ratings are plummeting. Uhhhhh, no shit. Did anyone really anticipate them to grow? In all honesty it’s a boring league. The media over does it, there is consistent controversy and the commissioner is a prick.

The media just pounds football talk, they never talk about anything else. They drain you of excitement. I mean can you honestly believe that “deflate-gate” just ended?? We talked about fucking under inflated footballs for two damn years!!

Plus what is fun about knowing who is going to be there in the end? This league has 0 parity. The Patriots have made it to 5 straight AFC championships and have been to 10 since 2000. Now that’s great if you are a Patriots fan, but pretty boring for anyone else. Throw in any Peyton Manning team since then, and you are going to guess who was in the AFC championship game more often than not.

The NFC has been a little better, but it is still the same core of teams. Packers, Seahawks and Panthers. So if you look back, it would be extremely hard for you to find a final four team that wasn’t the Ravens, Patriots, Steelers, or a Peyton Manning led team (Colts or Broncos) on the AFC side. Yeah, there have been a few years where other teams have appeared but for the most part like 10ish teams out of 32 have had teams that are in it near the end. That sucks.

Its pretty rare when you can say that you are lucky to be a Bengals fan because we have at least been in the playoffs. I mean imagine being a Jags, Bucs, Titans, Raiders, Chargers, Browns, Lions, Dolphins, Bills, or Rams fan?? They are never really relevant. Yeah they had a good year every now in then, but its been hard pressed to find, especially as of late.

Now onto Goodell, he is just the worst. He makes every situation terrible. He was a prick about deflategate, he controls every damn situation and the new rules suck. The fact that you can’t celebrate touchdowns anymore is ridiculous. I remembering growing up loving T.O. Chad, Randy Moss, Joe Horn, and the other guys because they had fun doing it.

What is the big deal with a damn dance after a guy scores. And to boot, now you can’t hit anyone. People watched football to see Ed Reed, Brian Dawkins, Shawn Taylor, John Lynch, lay wood on people. That was fun. Now a guy may or may not hit a guy hard, and he could be ejected? I get safety but there has to be a better way. How about Roger stops worrying about how many hip thrusts Antonio Brown does after he scores, or what kind of cleats Odell Beckham Jr is wearing, and figures out what the hell a catch is because that seems a little more important.

Finally, the NFL needs to stop butting their head in social issues. You are a football league, 90% of your fans watch you as an escape from the real world. I don’t need to see who is sitting or standing for the anthem, who is supporting what cause, what some person’s tape says because guess what? I could give 2 shits one way or another.

I truly don’t care what anyone of these athletes has to say about social issues, I watch them to see touchdowns and big hits. If their beliefs don’t match up with mine I truly don’t care. Stop shoving down my throat all the things that aren’t about football. Football is my escape, the real world is pretty shitty with all the violence and other crap that goes around, I watch football on Sundays so I don’t need to think about that shit. I just want to think about football, so stop showing it showing the other crap. The guy can sit, stand, fart, I don’t really care.

I may not necessarily agree with it, but I don’t base any of my beliefs off of these people, I base my fantasy rosters off of them. I could 100% disagree with every single social point AJ Green has ever said, but guess what?? On Sundays if he scores an 85 yard touchdown I’m gonna cheer. They can tweet, say, protest whatever they want. But on Sundays they play football, so when that comes on, lets just show football because that is all football fans want to see. I don’t watch to see these guys opinions.

Now onto the games, I was coaching the Bruinhawks to a big upset victory, so I wasn’t able to catch much, but here is what I did catch. 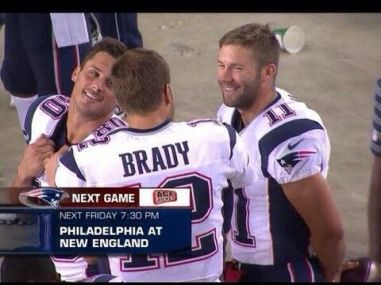 Nightmare for the Browns, absolute nightmare. You get to play Tommy boy coming back from revenge on Goodell, and yeah he’s pretty good. Guess what folks, the Pats are going back to the AFC title game this year lol. In all honesty it’s amazing what they have been able to do. This was a clinic of all clinics. The Browns suck. Lather, Rinse, Repeat. (I’m so happy the Bengals get to play the Pats next week when Tom returns home) 😑 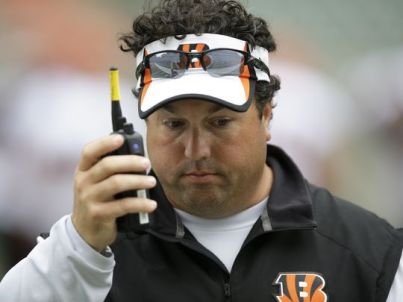 Who was the asshole that said the Bengals were going to murder the Cowboys…(if you haven’t read last weeks recap check it out). Disaster. Painful. Dumpster fire? This isn’t looking good folks. We keep saying they are going to figure it out, but are they? This team just looks different from the start. They never seem into the game. Ever. I’m not sure what it is. Maybe it’s because the guy who is leading the NFL in receiving yards was on our team last year, and isn’t anymore.

Maybe it’s because our superstar tight end hasn’t played a down yet. Maybe it’s because we lost two veteran leaders for the defensive backfield who are no longer there. Maybe it’s because we lost our offensive coordinator. Or maybe its a combination of all those things. Can you really expect to succeed or be as good when you lose that much? I truly do believe Eifert whenever that guy comes back will make a huge difference. But for now, they are in trouble. And their offensive line really stinks. (Oh yeah we lost our starting left tackle from last year too). We need help, just not sure where we are going to get it from. After this week the schedule will start to ease up. Go into New England and make the best of that situation, then beat the teams we should beat up on and we will be ok. Something needs to be figured out tho (looking at you Guenther).

Are the Falcons for real? I will honestly bet my life that the Falcons’ season plummets. It’s just so predictable. Side note, I will take Aqib Talib over any other corner in the league. I truly believe he is the best in the league. He follows the best receiver around all game, and he shuts them down. With ease. Julio just had a 300 yard game. He just had a 29 yard one. Talib is a freak. Man to man, true lock down.

That is all I got, sorry for the different twist this week, had to find a filler because I missed the game.