A Weekend of Catharsis: The Sparty Party is Over 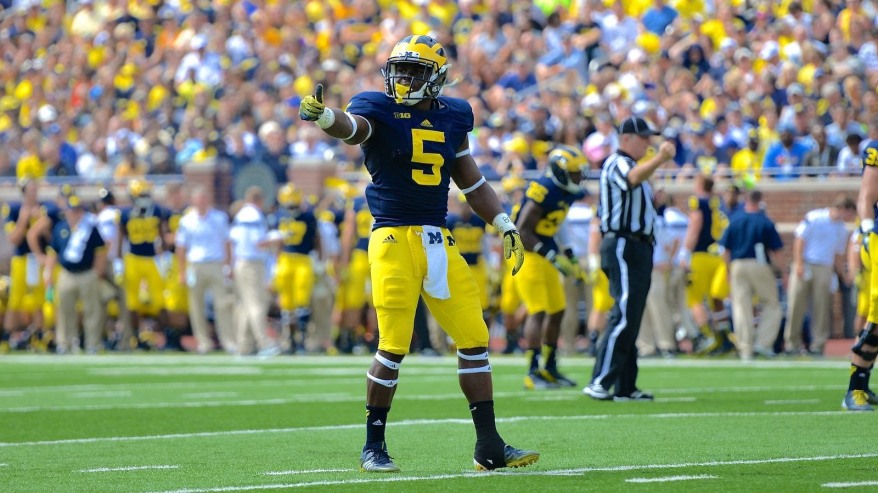 As I started to write today, “College Football Live” on ESPN started playing the ending of the 2015 Michigan vs. Michigan State game on loop as they discussed if the Spartans had any chance in the battle for the Paul Bunyan Trophy on Saturday.

You know, the ending where the fighting Harbaughs were about to reclaim their spot as “Big Brother” in Michigan, easing some of the pain inflicted upon Wolverine fans during the woeful seven years of the Rodriguez and Hoke era?

It’d have been an end to Mark Dantonio puffing his chest about how “pride comes before the fall” and the “disrespeckt” the program suffers as he continues to be confused with mustached offensive basketball genius Mike D’Antoni. 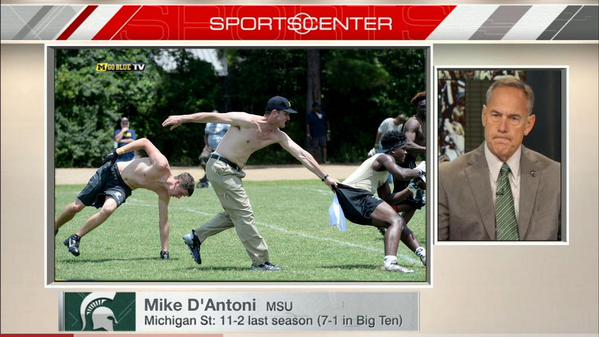 All it took was Australian dream boat and stud punter Blake O’Neill to continue to cleanly field a snap and boot it towards the end zone. He was the reason Michigan was going to win the game. The Spartans had the edge offensively and defensively, but O’Neill consistently put Michigan State in poor field position and sucked the life out of their return game.

Well, he didn’t field that punt well. A gaggle of Spartans rushed him and bowled him over as Jalen Watts-Jackson scooped up the ball and ran it into the endzone, searing “surrender cobra” into everyone’s vocabulary.

I still haven’t watched the clip since it happened. Even today, I covered my eyes and did that really juvenile thing where you scream “LA LA LA I CAN’T HEAR YOU LA LA LA.” That’s the reaction every time I see that clip.

The win gave the Spartans the ability to pull off the excellent troll move of using legendary Bo Schembechler’s legendary quote, “Those who stay will be champions” against the Wolverines.

Somebody should remind Dantonio and the program what he said when you become too cocky and prideful.

A year of seeing that clip on loop and a year of hedging the team’s success because they still haven’t beaten Michigan State will *hopefully* end in East Lansing this weekend.

Sparty enters the game on a five-game losing streak, with road losses to Big Ten powerhouses Indiana and Maryland and home losses that include a 54-40 loss to a Northwestern team that entered the game as the 112th best offensive team in the country. 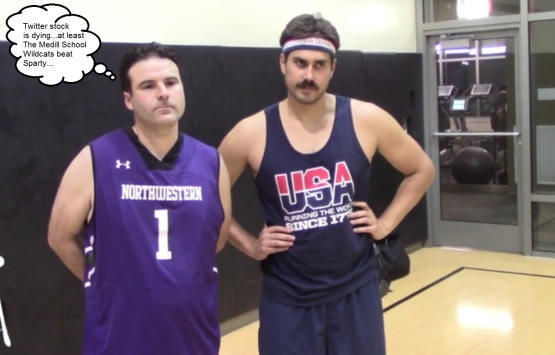 In SBNation writer Bill Connelly’s stat-based S&P+ rankings, the Spartans have fallen to No. 81 in the country behind powerhouse programs like Eastern Michigan (#MACtion), Duke and Army.

Michigan heads westward with a defense that’s the best or nearly the best in nearly every statistical category. They’ve allowed more than 20 points once this season and have wins against three top 25 teams (Wisconsin, Colorado and Penn State). And Connelly’s formula has Michigan as the best team in the nation. If an average offense faced off against its defense, that average team would score 0.8 points. The next closest team is Clemson at 11 points against. That’s insane.

So the second-ranked team in the country enters as a 23-point favorite against a program that appears to have hit a rut on every side of the football. Barring a miracle (please not again), Michigan should work Sparty and I can’t wait to be there to soak it all in.