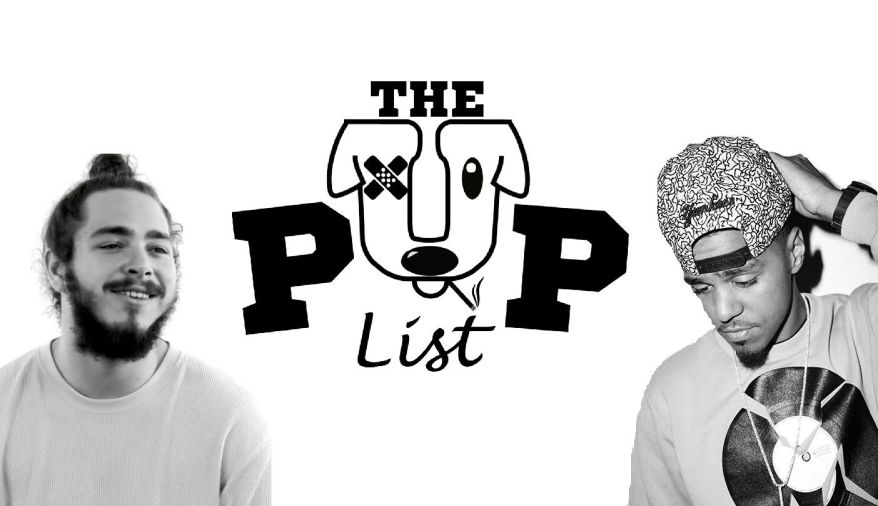 Last Friday, December 9, 2016, is a date that will go down in music history books. 50 years from now there will be a college music student sitting in his dorm with his Samsung VR strapped to his face like an idiot, watching his professor break down how Post Malone is the only musical artist in history to truly transcend genres. Artists come and go, but legends never die and Post Malone is now a legend.

In a boss move, Post released his new album Stoney on the same date that J. Cole released 4 Your Eyez Only…and Post Malone won in a TKO. That’s right ladies and gentleman, I’m here to tell you that this is a seminal moment in music history. This was White Iverson crossing over a rapper who thinks he’s Jordan.

Last week the internet was obsessed with determining whether or not J. Cole is a good rapper. I’m here to tell you that the answer is simple. Yes, J. Cole is a good rapper, in fact he is a great rapper. However, he can’t come up with a hook to save his life and his lack of feature songs makes his music a little boring. Therefore, he is a great rapper who fails to make catchy songs most of the time.

I’m admittedly not a J. Cole guy, but I did go to college and it’s impossible not to hear him at college. I always felt like his music killed the vibe. It’s ok for rappers to make thoughtful songs obviously, but the great ones should be able to dip in and out of banger mode and truth bomb mode seamlessly…and he doesn’t. In my humble opinion, these are his two best songs:

That probably seems like two crackhead choices for J. Cole’s best songs by many of his fanboys, but I’m just being honest. I think it’s very possible that J. Cole thrives in an environment where he can bounce ideas off of other rappers, like he did in these two songs, but he just doesn’t like collaborating. To each his own.

First of all, Congratulations is a hit and a half. Quavo has essentially been blessing songs onto the Billboard charts recently and this is no different. You’ll be hearing Congratulations for months. “They said I won’t be nothing, now they always say congratulations” is money.

Next, and this is going to sound like an exaggeration, but Feeling Whitney is one of the most beautiful songs these ears have ever heard. If I put a blindfold on you and asked you if this song was sung by the same dude who made White Iverson, you would not believe that it is. I’ve never listened to an artist who can make the most absurd lyrics seem deep and relatable. This man just said, “I had 80 beers on Tuesday night, I had nothing to do with it” in the most emotional way possible. Amazing.

Patient is a masterpiece, and that seems to be the theme of this album. Post believed in himself, worked hard and his patience paid off. Like he said in Congratulations, “they was never friendly, now I’m jumpin’ out the Bentley.”

In summation, Stoney is absolutely an album that you can listen to from front to back and be highly satisfied. 4 Your Eyez Only is not. According to the internet, this is the best song off of J. Cole’s new album:

Neighbors is a good song, and there are other good songs on the album. But here’s the problem, 4 Your Eyez Only isn’t an album that you can listen to whenever you want. You have to be in a mood to listen to it, you have to be kind of pissed at society to appreciate it. It seems as though J. Cole was trying to enlighten people more than make hits with this one, and obviously that’s fine.

However, when albums get released on the same day they get compared, that’s just how it goes. Post outdid J. Cole in terms of hits, and some may argue that the content of J. Cole’s songs is much better, but I challenge those people to actually listen to Post’s album, because he’ll hit you with some deep shit out of nowhere.

But he makes certified bangers and with Stoney he’s officially a respectable top artist, and I for one couldn’t be happier. Who would’ve thought the “White Iverson guy” would release an album on the same day as J. Cole and actually outdo him. Anything is possible. Now hopefully I can rank up my created player on Tigers Woods 2013.

@PostMalone playing as you in Tiger Woods 2013 bruh…tied for 69th. Nice. pic.twitter.com/SPoSF9m3yr