As Sad as it is, Marvin Lewis is the Best Option The Bengals Have

I had a pretty interesting conversation with my pops about the Bengals last night. He brought up the idea that if the Bengals fired Marvin, who would you bring in?

There has been a load of people around the area complaining about Marv, and most of the complaints are quality. He’s been here for forever. They have zero playoff wins in his tenure. He has zero balls. He has the worst challenges of all time. He’s a turd to the media. He has no control over the team. The list goes on, and believe me I’m frustrated as much as the next guy, but who out there is better?

I’m looking at people getting interviewed. Doug Marrone? The guy who was a below average NFL and college coach. The guy who was the associate head coach in the dumpster fire in Jacksonville this year? Sorry not very interested. I had someone tweet me Kyle Shanahan or Josh McDaniels. Two young hot shot OCs.

Shanahan, has been an OC for some time now, had stops in Houston, Washington, Cleveland, and now in Atlanta. Houston’s offense wasn’t really great while he was there, but it was his first gig, and he didn’t do terribly. Then he follows his dad to Washington where he pretty much ran RG3s career into the ground in a horrible situation that arose in Washington that led to his firing. Went to Cleveland where he had disagreements with the owners over Johnny Manziel and resigned. Now he is in Atlanta. He has Atlanta’s offense cooking pretty well this year, but I have never really seen Atlanta’s offense be bad with Matty Ice and Julio, so I’m not sold on what he is actually doing to make them great. Mike Brown is hard to deal with. Shanahan has a history of butting heads. I don’t think that would work. Plus, good luck to that guy trying to control the lunatics we have on the field.

McDaniels has been a head coach in Denver, went 8-8 and then was 3-9 in his second year when he was fired before the season ended. McDaniels has made a name for himself as the OC in New England over his career. I just don’t see that being as great of an accomplishment as it sounds. Everyone knows that Billy B is making the big shot calls there, and if he isn’t Tom Brady is, so that makes McDaniels third in charge. It’s easy to keep things in order and under control when the psycho in the cut off sweatshirt has your back.

1. Why in the hell would Tom Coughlin want to come here? Why would he want to deal with Mike Brown. If Tommy C signs somewhere he’s going to want to go somewhere where he has majority control. That isn’t Cincinnati.

2. Did anyone watch how Odell acted last year? The Bengals have like 6 Odell egos on the roster right now. If Coughlin couldn’t manage Odell, zero chance he manages all those. 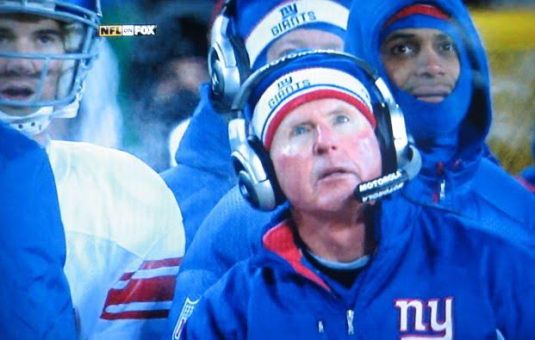 Who else is there. Vance Joseph? The former Bengals DB coach who was the DC for an average Miami D. Rex Ryan? I shouldn’t have to explain why that would be a bad choice. Jeff Fisher? See above answer. Jim Bob Cooter? This guy is the Lions OC. Good OC, no way this guy could ever be a head coach with that name. Just can’t happen. Change your name man. At least be Jim Cooter. Or Bob Cooter. I mean the last name Cooter is tough enough, but could be overcame. When your name is JIM-BOB COOTER, you are done. DONE. I can’t believe he has made it this far. Good for him.

There are other OC’s and DC’s in the mix. The problem is, you hear the same names every single year for head coaching vacancies. McDaniels name is always brought up, one of the Shanahans always is. The hottest OCs and DCs always are on the list, and for people wanting former head coaches, there is a reason those guys are fired every 4 years.

I guess my point is there is nobody out there. No one. The Bengals had their out with Marvin, 3 years ago. Zimmer was a hot name. He was going to get a job. If they wanted to get rid of Marvin that was their chance. He was a guy the players respected. He was a guy that Mike Brown had somewhat of a relationship with. That would make sense. That is a reasonable thought.

These other guys just don’t make sense. The Bengals don’t need a young guy that could grow as the team grows. The Bengals are a grown team. The Bengals need a guy who would demand respect, demand the best from players. Make smart challenges. But most of all, a guy that could deal with Mike Brown’s skimpy ass.

That guy isn’t on the market. There isn’t a formidable guy on the market that could be inserted here, and make this team a super bowl contender again.

Mike Tomlin could do that (as big of a douche as he is, he could) Billy B could do that. John Harbaugh could. Mike McCarthy. Pete Carroll could. Shit maybe even Andy Reid. Other than that, I don’t think there are that many guys on the market right now that could do the job with this team.

Now one of those DCs or OCs could maybe do the job, but is it worth the risk? Im sorry I just don’t see it that way. Earlier in the year there was talks of the Packers firing Mike McCarthy. That would be a good hire for the Bengals. A strong proven voice who’s time just ran out in Green Bay. For the state of this team right now, there is no current guys on the NFL market right now that make sense.

Marvin isn’t the best coach, but he’s the best we could do right now. Which is unfortunate, but at the very least you know what you’re gonna get. So whatever, I guess. Here’s to a bounce back year next year. 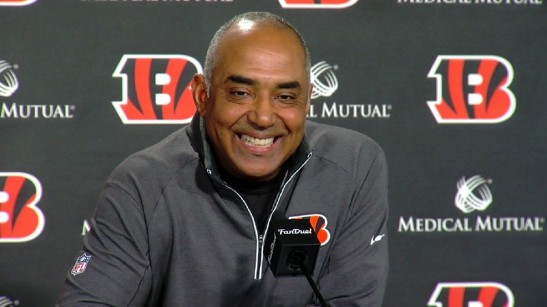