The PUP List Investigates: Are The Sacramento Kings Suffering From The Cincinnati Sports Curse?

If we’re being completely honest, it’s a travesty that Cincinnati doesn’t have an NBA team anymore. We had the Cincinnati Royals from 1957-1972 and even though I didn’t live through those years, I can safely say those were the best sports years Cincinnati has ever seen. Sure, the Big Red Machine was great, Huggins had us contending for a few years, Xavier was kind of good like three times and Carson Palmer looked like our savior before Kimo Von Octopus rolled up on him, but nothing is better than high-level roundball.

I was reading up on our old squad this morning and it sounds like we had some true OGs on our team. During the team’s first year in Cincinnati, 1957, we had a dude named Maurice Stokes who had the second highest rebounding average in the league at 18.1 boards per game. Talk about doing fucking work, when’s the last time a Cincinnati pro athlete showed that kind of hustle? Ryan Freel? (RIP)

According to Sports Encyclopedia, in the final game of the ’57/’58 season Stokes got knocked unconscious because he hit the floor alarmingly hard, but he strapped it on and played in the playoffs three days later. I think we’d be stupid not to learn from our past. The next time the Bengals make the playoffs, someone needs to knock Marvin Lewis out cold three days before the big game. Think about it like this, it’s basically the equivalent of unplugging your WiFi or restarting your phone, he might just need a simple reboot to clear out the cobwebs. It can’t hurt. 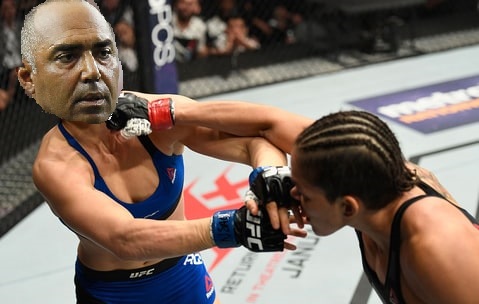 In the ’61/’62 season Oscar Robertson had his famed triple-double year AND every starter on the roster averaged double digit points. That type of efficiency has yet to be seen in Cincinnati since. Our current Bearcats are close to achieving that, but they only have four players averaging double digits, that feat will likely never be matched again. The Royals did that shit in lowtop Chuck Taylors too. Sad. 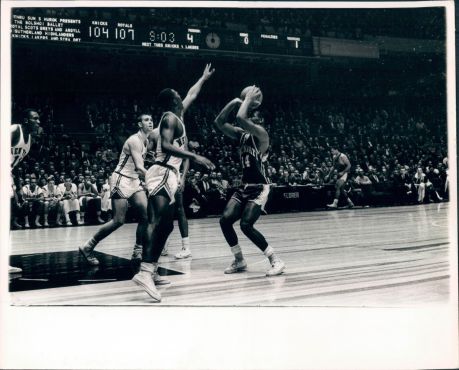 In the ’63/’64 season The Big O won the MVP and Ohio State rookie Jerry Lucas teamed up with him to basically be an old-school version of Bronny and D Wade. The NBA used to have “territorial selections” where you could draft players that played close to you in college. Unreal. Time to bring that back. Lucas won Rookie of The Year, but the squad lost to the legendary Celtics. Imagine how amped the city would be if we had an NBA team with an MVP and a Rookie of The Year during the same season. We haven’t seen anything close to that since.

In the ’65/’66 season we had a center named Happy Henderson who threw up 14.1 points per game in just his second season. We have yet to have another athlete that even comes close to the coolness of that name.

Sadly, in the ’69/’70 season Bob Cousy got hired as coach and fucking SCREWED THE POOCH. He traded Lucas for two trash players and tried to deal The Big O to Baltimore, but Oscar utilized his no trade clause. He then dealt Oscar to the Bucks and he went on to run shit with Kareem. Of course, classic. We’ve been getting hosed forever.

Cousy couldn’t get his shit together after trading our two landmark athletes and two seasons later two Kansas City business men cucked Cincinnati into oblivion. They bought the Royals, moved them to Kansas City and renamed them the Kings. That team eventually became the Sacramento Kings. So, to sum things up, Bob Cousy is the reason we lost an NBA team, but one has to ask himself, is that all he did? Did his idiotic decisions leave an indelible stain on the basketball franchise that was the Cincinnati Royals and is now the Sacramento Kings? The short answer is yes, undoubtedly. 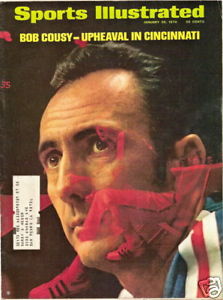 Sacramento famously got hosed by the refs in the playoffs during the Shaq and Kobe years, which is something that usually only happens to Cincinnati teams. Just like no one seemed to care that the Steelers targeted the shit out of Gio, no one cared that the 2002 Western Conference Finals was fixed.

One could brush that off as a mere coincidence, but the Kings seem to be constantly getting screwed. Things went south with C-Webb, they lost Peja and Bibby, fell into irrelevancy for years and then Indian billionaire Vivek Ranadive bought the team in 2013 only to absolutely kill and bury the franchise. Just recently, he decided to trade Demarcus Cousins to New Orleans for a garage sale bin of players that included Buddy Hield.

Cousins was their one franchise player, and now he’s gone. Kings fans are left in a state of sports depression that only Cincinnati fans can relate to. This begs the question: are the Sacramento Kings cursed by the Cincinnati sports demons that haunt us to this day? Is it a mere coincidence that the two most poorly run professional sports franchises in America originated in the same Midwest town? I think not. 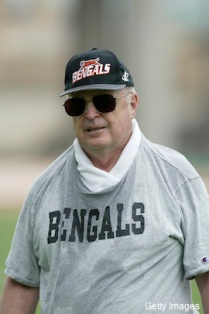 The Cincinnati sports curse is so strong that it transcends leagues and eras. Even though we don’t even have an NBA team, the one that we’re technically associated with just happens to be the worst in the league. I’m glad Cousins got out while he could. Look at Cueto, he gets out and wins a ring. Sanu just made it to the Super Bowl. Marvin Jones had a helluva year. The NFL playoffs were littered with former Bengals on defense. Edwin Encarnacion is going to win a ring for the Cleveland Indians this year. I just hope AJ Green can get out before the Bengals ruin him.