Instead of Creating a Top 50 Players List to Celebrate Their 50th Year, The Bengals Should Actually Retire Some Jerseys

The Bengals are celebrating their 50th year of existence this season. Some would argue that existing that long without winning anything isn’t something to celebrate, but that’s neither here nor there. What is here though, is a very dumb “First 50” list, which is a fan and media voted list of the top 50 retired Bengals players.

See who breaks the top 20 retired #Bengals as voted on by our fans and media! #Bengals50

They’re letting the fans and media vote on the list, so odds are it will be terrible. Hey Mike Brown, here’s a thought: maybe act like a respectable franchise owner and retire some jerseys? The Bengals only have one jersey retired, it’s Bob Johnson, who was the team’s first draft pick ever. So basically, they just decided to retire the number of the first player they ever drafted and call it a day.

Brown wonders why no respectable free agents want to sign here, but the answer is very obvious. He’s the least professional owner in sports. Now, I will say the Cowboys, Ravens, Jags, Raiders and Texans don’t even have any numbers retired. However, the Jags and Texans have barely even existed and the Cowboys, Ravens and Raiders all do a great job of respecting their former stars and honoring the work they did. The Bengals, however, do not.

Anthony Munoz still lives in the area, does amazing charity work and still voluntarily associates himself with the Bengals, yet Browns ignores his greatness with the same kind of idiotic blindness that he applies to the legal troubles of his players. Munoz is the only Bengals player in the Hall of Fame, but someone could still wear #78 for the Bengals if they wanted to.

Paul Brown Stadium is the blandest stadium in the NFL, if they took down every Bengals logo on the place, all you would see is a giant concrete stadium with forest green seats. Spice it up for me one time, Mike. Put in a ring of honor and retire some jerseys for God’s sake. Maybe if some players see you honoring past greats, they’ll think about voluntarily playing for you. Everyone knows Carson hates Mike, everyone knows Corey Dillon hates Mike, but Pacman is on record as loving him. Something about that seems a little off. It’s just not right to see Andy wearing Anderson’s #14, Eifert wearing Chad’s #85 and Joe Mixon wearing Dillon’s #28.

Look, I know Brown doesn’t use logic, but I’ll pretend he does. I’ll help him out. Here is my list of former Bengals players who should have their jerseys retired: 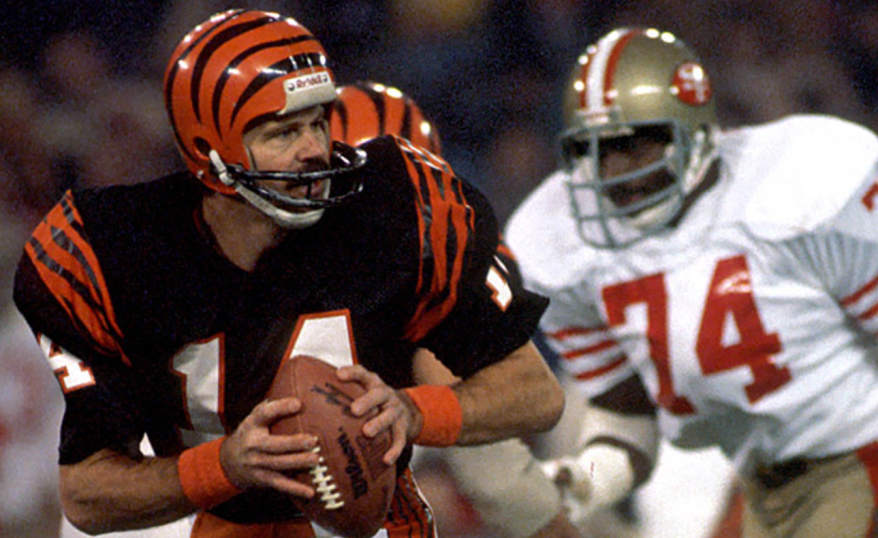 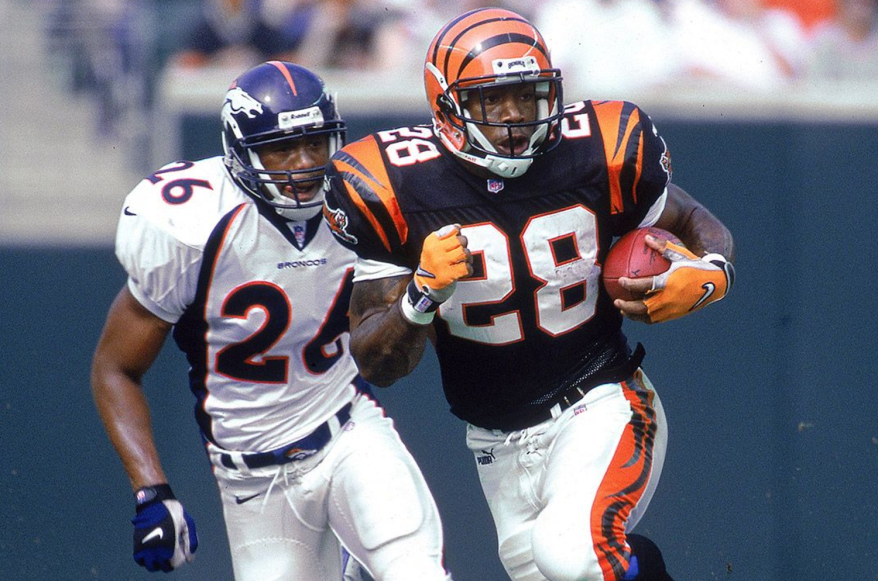