Predictions For The Top of The 2017 EPL Table

Disclaimer: There are still 3+ weeks in the transfer window, so there is still plenty of time for teams to improve or lose a vital player. That being said, these predictions are based on rosters as of 8/8/17.

Last year I accurately predicted the top four of the EPL, although I was off on the final standings, so I’ve decided to take another shot at it. I will not keep you waiting in suspense; here’s how the top six teams will finish:

I get it, you disagree, that’s fine with me. But, please hear me out and read why this is going to happen… 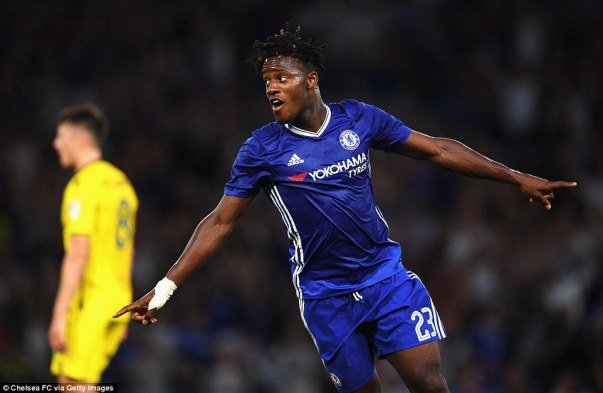 I know, at first glance you’re rolling your eyes and thinking to yourself “what a safe pick it is to take the defending champions to win again.” However, let me remind you that a team has not won the EPL in consecutive years since United did it from 2007-2009. This campaign will undoubtedly be much tougher than last year, as of now Chelsea is the team to knock off the throne and they will have to focus on Champions League once again. Chelsea, for the time being, have survived the interest of the Spanish giants, and retained the crucial duo of Belgians Hazard and Courtois. Yes, the leading scorer of the previous campaign, Diego Costa, is gone, but Michy Batshuayi has been impressive in the preseason so far, and there is no doubt about the talent that Alvaro Morata possesses. The addition of Tiemoue Bakayoko certainly helps, as he is just as talented if not more so than Matic and also six years younger. The energy that will be present in Chelsea’s midfield between him and Kante working together should be destructive against any opponent. Chelsea will have to weather the injury bug at the start of the season, as both Hazard and Bakayoko are set to miss the opening weeks. That being said, I see them adding another player or two to add depth and finishing on top of the EPL once again. 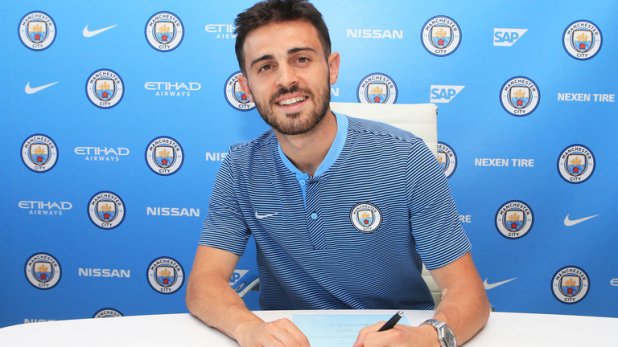 Maybe only Everton have been more aggressive in the transfer market. Manchester City have spent an astronomical £205 million on five new players. Three of those players, Walker, Mendy, and Danilo are full backs. Claudio Bravo was laughably terrible last season, I honestly cannot wrap my head around how poorly he played last year, but for this reason Ederson has to be considered an upgrade. Here is where City fall short though: a lot of fans are excited over the arrival of Bernardo Silva, but I’m not convinced that he’s an upgrade over either Sterling or Sane. More importantly though, they have failed to address their greatest weakness, their centre-backs. When healthy, Vincent Kompany is world class, but the qualifier their cannot be ignored and no betting man is putting a penny on Kompany making it through an entire season without an injury. John Stones is over-hyped and over-rated in England, and until further notice, you have to consider him somewhat of a liability in the back line, and he’s their best option behind Kompany. This weakness at the heart of the defense will be the underlying reason why Pep falls just short of winning the EPL in his second campaign.

Just like last year, United have added a very talented and popular striker and every talking head on TV wants to proclaim them champions of England before the season starts. Matic is a very nice addition, and will certainly free up Pogba to exert more of his energy and focus in the offense half of the pitch. Here’s the question I want to ask United supporters: do you really expect Lukaku to out perform Ibra’s numbers from last year? Ibra had 17 EPL goals in 27 appearances, which is an absolute stunning return on investment. Even with this living legend leading the line and scoring goals up until his injury, United finished with just 54 league goals (Chelsea: 85, Tottenham: 86, City: 80). I don’t expect Lukaku to outperform Ibra’s pace, while Matic and Lindelof are nice additions, you really have to be overly optimistic to say this team can make the jump from 5th place in the table last year to any spot higher than third. I know Mourinho has a history of winning titles in his second season with a team before being let go in the third, but that’s not happening this year in this deep league. 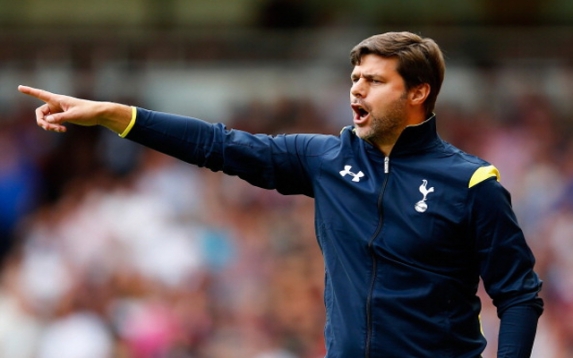 I try to be as objective as possible when writing this piece, but the blatant arrogance of the Spurs organization irritates me to no end. Last year after coming in second place in the EPL, they were awarded £148.5 million, and have since sold Kyle Walker to City for £45 million, yet they haven’t brought on a single significant signing. Their coach has told the press that his team is good enough as is and they don’t need any additions. Let me remind you Pochettino, you didn’t win the EPL last year, you were knocked out of Champions League in the group stage, and were bounced out of Europa League in the first round by Belgian side Gent. Please, somebody, anybody, explain to me how this team is going to take another step! They are an injury or two away from not only failing to make either European contest, but also not even being competitive in the EPL. Completely healthy, Spurs are as good of a side as anyone, but they have severe questions regarding depth. The arrogance for anyone to say they are already good enough to win the league when all of the direct competition has gone out and improved their squads is laughable. I hope my message has gotten through, and I think it will be as I can’t imagine them going through an entire transfer window without adding somebody. Most likely they will add at least two players for depth, and this will allow them to squeak into champions league.

I must admit, I wrote this article yesterday and I had Liverpool ahead of Tottenham, but now that Coutinho is officially on his way to Barca, I can’t allow myself to think this team is good enough to break the top four. Coutinho was unquestionably the most talented player on Liverpool, and them allowing him to walk away shows they just aren’t ready to take the next step as a team. Hopefully they will spend their new found fortune on the defensive side of the ball. Liverpool are still extremely scary and fast moving forward so I still see them finishing above…

Last year I accurately predicted Arsenal would miss out on the Champions League for the first time in 20 years, and this year will be no different. As an EPL fan, I’m excited to watch Lacazette play, and I think as far as quality goes, Arsenal are as deep and talented as anyone. However, I am predicting this sixths place finish based entirely on off the field distractions. It looks like Sanchez will be playing out the final year of his contract in North London, before leaving on free transfer next summer. He’s such a competitor that I have no doubt that in games he will give Arsenal his all. However, why would a player looking for a new contract (and his last substantial one as he is 28 years old), play through an injury? I don’t think Sanchez will put the club ahead of his future this season, which will have an impact on the team at some point. Secondly, it was uncomfortable to see how divided the fan base was last year over Wenger’s manager post, with half the supporters spending their own money to fly planes over nearly every game crying for him to be gone. This is not a problem that has been solved and will only intensify when Arsenal unsurprisingly struggle against the top clubs. Congrats on winning the Community Shield, but that will be the only silverware (if you can really call it that, I see it on par with participation medals), that Arsenal lift this year.

Sorry for spoiling an exciting season of EPL for you, but this is how it’s going to shape up.