Deep Dive: Many NFL Games Were Fixed Last Weekend and Trump Was Behind It All 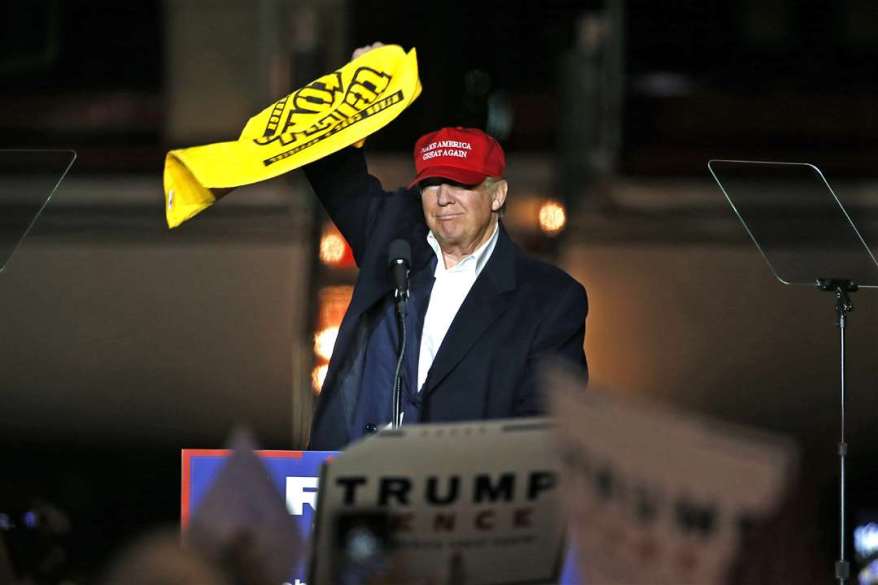 In this week’s recap I talked a little bit about how the NFL is rigged. Now, this isn’t an outlandish thing for me to say. Many people out there believe that Vegas has a hand in every one of the games. I sure as shit do, and I think week three of the NFL season proved it.

Let’s start with some cold hard facts. In week two, the Las Vegas bookmakers took a loss in profit, which is a very rare sight to see. A lot of the “obvious” picks turned out to be just that. Vegas rarely loses, so when they do, they come back with blind rage. They found their perfect opportunity in week three. Vegas saw that the President made those comments about the players and what not, and that there would be massive protests going on in week three. They saw that it was their time to pounce. All the news, all the coverage, all the stories would come from the players kneeling, very little would come from the actual games themselves. This was the perfect time to fix. Was it a coincidence? Of course not.

There was an article that ESPN posted that basically talked about Vegas’ winnings on the NFL. On average they have about a 2-4% profit on wages every NFL week. Guess what their profits were last week. 7%? 10%? No, 16 fucking percent. SIXTEEN. They quadrupled their usual profits. Coming off a losing week with all the attention on protests? How poetic Vegas. Goodell, Demaurice Smith, Ed Hochuli and the CEO of Vegas(?) got together and made this shit happen, and don’t tell me otherwise. The VP of MGM came out and said it was of the best NFL Sundays they have ever had. How perfect is that?

So how did it happen?

We start with probably the biggest upset of the week. Bears beating the Steelers. This is what perked my conspiracy theory ears up. In the article it says that $340,000 was wagered on the Steelers money lined (to win the game) at odds of -340. Boom. Steelers lose. This game was also by far the most controversial protest wise as the Steelers all stayed in the tunnel for the national anthem, except for the one vet on the team. Huge diversion. Baltimore lost the 9:30 game in London, so the Steelers could afford a loss without really hampering a shot at a division. Don’t throw out the idea that Big Ben might be a bookie. He looks the part.

Don’t tell me you can’t see him walking around with that fedora and a trench coat holding a suitcase full of cash. You meet him in a dark alley every Wednesday at dawn to pay your debt. He works under some alias name like Demetri. That fat ass is running some gambling ring, every bookie above the Mason Dixon works for Big Ben. That may be the reason he blocks half of the population on Twitter, who knows. What I do know is that Antonio Brown had 2 targets and 1 reception in the 4th quarter and OT of that game, and that makes no sense other than the fact that the Steelers threw it.

My second piece of evidence is the Lions-Falcons game. Now I don’t have the numbers of who bet what on this, but will say this: the Lions were a 2-0 home underdog in this one. So that would lead me to believe that a fair amount of people would put some money on the Lions. Again no facts to actually prove it, but I would go out on a limb and say that the Lions were probably the most common underdog taken. They said he was short at the goal line. He wasn’t. Flat out wasn’t. His knee wasn’t down, and even if it was, he was never touched, so his roll into the end zone should have counted.

Atrocious call, only way to explain it is the guy on the headphones let the lead ref know that he had the Falcons -3.5, so he better call this short, or his wife and children are as good as gone.

Overall 10 out of the 13 underdogs covered. Six of those underdogs won their games outright. This is not including the Vikings who covered the game that was a pick em. The Vikings won a game with Case Keenum as their quarterback over a playoff team. Vegas’ biggest win of the weekend was the Redskins slaughtering the Raiders. Probably because everyone got shelled early in the day and bet the house on the Raiders Sunday night to win their money back. Suckers! Again, this is all coming after a rare losing week. Six under dogs win outright?! And it’s not just like six small under dogs. There was some huge upsets. The Jets??? Who the hell plays for the Jets? Miami made the playoffs last year and the goddamn Jets beat you? How? Bears over Steelers, Bills over Denver. Those are teams that will be drafting in the top 5 beating playoff teams. C’mon.

I don’t know how they do it, but they do. They power thrust their way into the games. Line the big shots’ pockets and everyone stays hush-hush about it. I wouldn’t be surprised if Donnie T is in on it. Comes out calling the players SOB’s knowing it will take the tension off of the fact that he has the Bears money lined.

The story is all about the players kneeling and Trump’s tweets, but he cashes a 500K ticket scot-free. The guy is a business man first, can’t deny that, the big dog’s gotta eat. Who knows how deep the conspiracy goes, I’m just out here trying to make public aware. So, if I disappear off this Earth because I just exposed Donald Trump, Roger Goodell and Ben Roethlisberger in a gambling ring, know that I did this for you, the people. Goodnight and good luck. 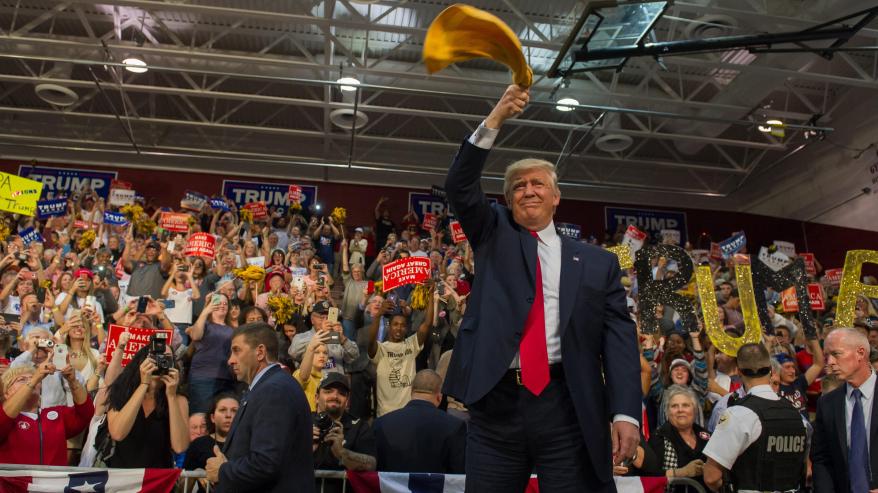 Republican candidate for President Donald J Trump waves a “Terrible Towel” — an icon of the Pittsburgh Steelers — to supporters in Ambridge, Penn., on Monday

Are you a sports better? Check out our weekly NFL picks against the spread and fantasy podcast: The DEGEN-F-L Show. Listen on your computer here:

Or, if you’re on your phone, here’s the iTunes link: The DEGEN-F-L Show