Week 5 Recap: Bengals Gut Out Impressive Win, Dalton Haters are Quiet & the Steelers are a Mess

So I’m going to change the format of this up a wee bit. Instead of going thru all the games, I’m going to do a Bengals recap, and then the five most interesting things I saw. It got too hard to talk about every single game. With that being said, let’s ride.

Uhhhhhhggggggeeeeee W. A gutsy, ballsy, dare I say…Gritty win by the Bungies. In the rain. Banged up. Turning the ball over, they found ways. The defense was flat out phenomenal. Carl Lawson, Geno Atkins and Carlos Dunlap lead one of the best defensive lines in the league. They pulled out six sacks again. Flat out dominant up front. Vontaze stayed all over the field. 13 tackles, a few for a loss. He’s a play maker. They were put in bad positions all game long and hung in. I’m not sure how this defense survived with their 50 and 20 million dollar corners being out. Who would’ve thought that two first round picks could hold their own in the back end?? Hmmm.

The offense was shaky, but I’m going to say this: what will Andy Dalton have to do for this city to just be like “ok Andy, that wasn’t that bad”? He played his damn ass off. He got drilled in the knee, played limping. Suffered some bad plays by AJ Green, and kept gunning. 300 yards. Against one of the TOP DEFENSES in the league, in the pouring rain. Just one time, will this city be like, hey Andy, without you, we lose that game. You hear so damn much about Derek Carr, Jamies Winston, Marcus Mariota, Carson Wentz, and rightfully so. Those guys are young and extremely talented, and have been pretty good. But what have any of them ever won? 0 playoff wins between all of them. One playoff appearance between all of them. I know injuries played apart, but the fact still stands, they get a lot of hype and have never won. Think about this: The year before Andy was drafted, the Bengals were the 4th worst team in the NFL, had a 4-12 record FINISHED BEHIND THE BROWNS.

Since then, they went to the playoffs five years in a row, first year missing was last year. My question is this, why doesn’t Andy get credit for fucking doing that? Fourth worst team in the NFL to the playoffs. Yes, they took AJ in the first round, obviously that helps. I get they haven’t won in the playoffs and that remains mightily frustrating. But I’m so tired of this lazy damn narrative this city plays that when the Bengals lose it’s all Andy’s fault, and when they win, he never gets a pat on the back. Andy certainly has had is awful games. I’m aware of that. I don’t think by any stretch of the imagination that he is the best, but dammit he isn’t the worst, and he has actually been pretty fucking solid over his career. So when the guy does well, applaud, for once. Cincinnati’s favorite player will always be the backup quarterback, and it is sickening. He needs to win a playoff game, but he is one of the few who can actually get us there. With all that being said, 2-3 after this start is a damn miracle. Have a bye to get healthy for Pittsburgh.

1. The Jets are 3-2. I just can’t believe I’m even saying that. We say they have played a soft ass schedule, but they beat the Jags who just slashed the damn Steelers on the road. I don’t even know what to say because I still don’t know a damn player on the Jets. 3-2. Hard to grasp how that is even reality.

2. The Steelers have problems. I don’t know what is wrong, but the Steelers are a damn mess on offense. Who would’ve thought your starting RB not practicing all off season matters? Their line stinks. Ben is beaten and battered. Le’Veon can’t get free. They are losing to some bad teams. Things only get tougher. Chiefs on the road, then the Bengals go there. This division could get real interesting.

3. One minute for Aaron Rodgers is entirely too much time. That is actually insane to think about. But the minute Dak scored on that touchdown, Troy Aikman said they left too much time. I checked twitter, and the first 6 tweets I saw said they left too much time. Everyone single person thought the exact thing, Cowboys scoring to take a lead with one minute left. It was the wrong choice. Aaron made that look entirely too easy. He just marched down their throats. Threw a dime to win it. Pure insanity.

The chin strap thing still blows my mind, but he is the greatest talent to play the position. (But, I hate his personally, just to let everyone know I’m on his hate train, Aaron Rodgers is on my hate list for no reason at all)

4. New York Giants, actually bad. My Super Bowl pick is an utter disaster. Was extremely high on them. They have an awful o line. Their entire team got hurt. Not being able to beat a bad west team going east is a sign that this team stinks. Out of nowhere they were playoff hopeful and now done. Life comes at ya fast.

5. The Eagles are the best team in the NFC. Yep. BEST. Better than the Packers. Better than the Cowboys. Better than the Seahawks. Eagles can play on both sides of the ball. Bullyballed the Cardinals at home. They have a really good defensive line. Wentz is a playmaker. The Eagles look really, really good. Only loss is to the best team in football. Packers have no defense. Cowboys have no defense. Seahawks have no offense. Eagles have both, and play a much lighter schedule then the rest of the three. Get on that Wentz wagon. 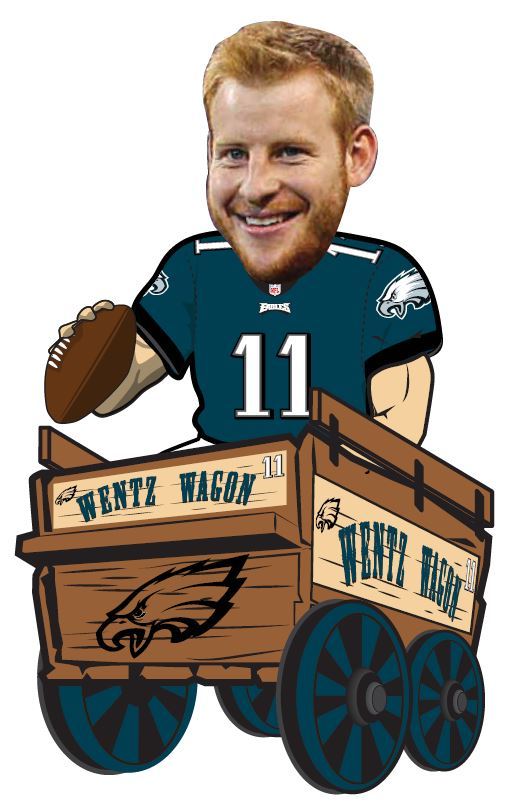