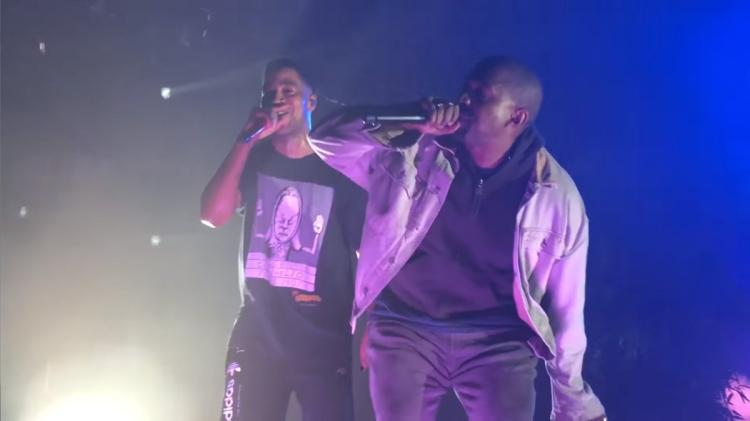 Yesterday the most important news of the year broke. Not the Reds firing Bryan Price. Not Embiid getting cleared to play in the playoffs. Not Dubya dropping a fire drinking during pregnancy joke. No.

Dr. Kanye West announced that he has formed a group with Kid Cudi named “Kids See Ghost”, and they’re dropping an album on June 8th. For me personally, this is quite literally the best news I could ever hear. I have many music dads, but these two are my foremost fathers. I have probably listened to their respective music for over a combined 365 days. I once heard the feeling you get from doing heroin is comparable to chugging endless bottles of whiskey while waves of warmth crash over you, and that’s exactly what the announcement of this album made me feel like. I almost OD’d in my cube.

However, after the euphoria wore away, I began to fret. I became that special kind of nervous that happens when a monumental life event is on the horizon, but it’s out of your control. Kind of like when you’re on a plane en route to a wonderful vacation, but there’s mad turbulence and you’re banking on the pilot to power through it. You don’t want to end up on Fox News.

This “Kids See Ghost” album could either be the greatest collaboration of all time, or a historically weird and disappointing mixture of sounds. In my mind, Cudi has been batting about .175 with songs over these past few years. Kanye has been slugging at an astounding .750 rate. By that logic, we can expect a little under half of the songs on their album to be great.

I am in no way exaggerating when I say this could be the greatest album of all time. It will be the most unique album anticipation experience of my life. It’s like being a kid and just staring down your Christmas presents under the tree for weeks, wondering what gift could possibly be housed in that box. You might get a remote control Tony Hawk skateboarder, or you might get a checkerboard.

My gut is telling me June 8th will be a glorious day, perhaps the most glorious day of all. But, there is a real chance we grab a handful of jelly beans expecting them to be Starburst flavored, only to find out we have a mouthful of those weird booger and shit flavored Harry Potter beans.

Regardless of what happens, I’m just ecstatic to see Cudi and Kanye back on good terms. They’re two of the most creative people alive and we’re all blessed to be sharing oxygen with them.